A weekly update on digital sports news and trends for the Blue Chips community.

Fairly slow week compared to most this past off-season. John Calipari went on air and said that he expects Sahvir Wheeler, Jacob Toppin, and Lance Ware all to be back for next season. Sahvir made his official return announcement this past weekend. We can expect Jacob and Lance’s in the coming weeks as well.

According to sources, transfer SG Antonio Reeves was supposed to announce his commitment to Kentucky this past Saturday. Obviously, he did not, but we are still being told that there’s nothing to worry about on that end — he will still end up at Kentucky and we should expect a commitment later on this week. It will be the first addition for the Cats in the transfer portal.

The entire staff was in Indianapolis this past weekend for Session II of the EYBL circuit to check out the top prospects of the 2023 and 2024 classes. We also learned that Kentucky has offered Andrej Stojakovic, the son of NBA Legend Peja Stojakovic.

It was reported that assistant Bruiser Flint has emerged as a HC candidate and Coach Cal should prepare to fill that vacancy in the coming future. Additionally, we learned that Coach Cal’s son Brad is also expected to make a move to a different team for a coaching position this off-season — something I would’ve never expected but should be good for him in his progressing coaching career. The open positions on Cal’s staff leave the opportunity to make a big-time hire that would help aid in recruiting.

Lastly, the first concert at Kroger Field (or Commonwealth Stadium for you OGs) was this past Saturday. In a sign of normalcy, 50,000+ people poured into the stadium to see Sheryl Crow, Willie Nelson, and headliner Chris Stapleton. It seemed as if the entire Bluegrass made the trip down to Lexington for the event. You can definitely expect more concerts in the football stadium in the future!

Our membership is growing leaps and bounds, and the Blue Chips Marketplace continues to roll onwards. Sales highlights include:

3️⃣ What’s Happening In the Digital Sports Landscape This Week?

The plans for Floyd Mayweather’s (50-0, 27 KOs) exhibition appear to be on May 14 in Dubai. According to the reports, the show is televised to be as “world’s first NFT pay-per-view event.”

We’ve heard the hype before, but maybe this project is different? Dunking Ducks is revolutionizing the NFT space as it relates to basketball. Those who are part of the project will have the opportunity to be a part of exclusive events..

The National Football League (NFL) is once again dabbling with non-fungible tokens (NFT), launching a series of card-themed collectibles tied to its upcoming player draft on Thursday. The NFTs will also be given out to members of this year’s “Inner Circle” club, which includes fans selected to represent each team on draft night. 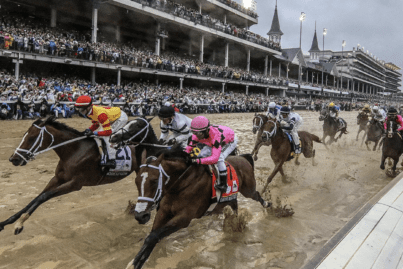