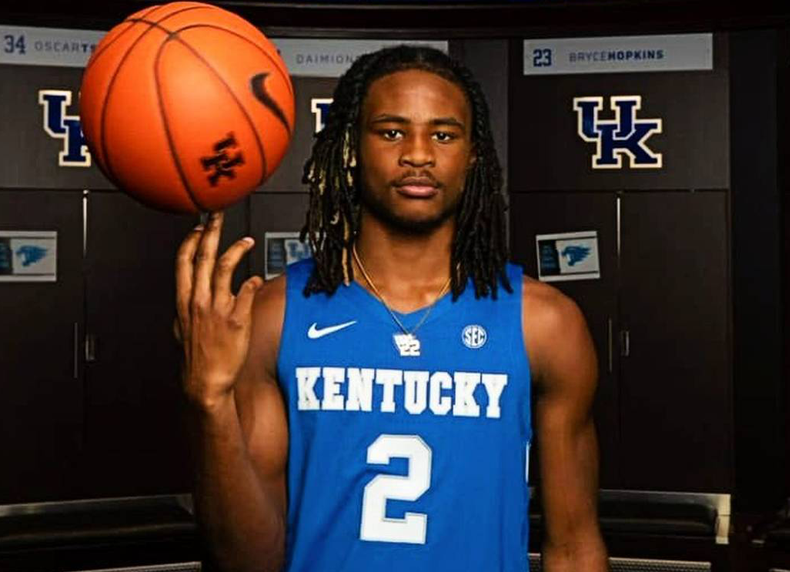 From John Wall, Eric Bledsoe, Brandon Knight, Andrew Harrison, Tyler Ulis, and Jamal Murray – to Malik Monk, De’Aaron Fox, Shai Gilegous-Alexander, Tyrese Maxey, and Immanuel Quickley – Kentucky basketball is no stranger to elite guards under the reign of John Calipari. Coach Cal has found the next man up on this prestigious list, and his name is Cason Wallace.

Coming from Richardson, Texas, Wallace is bound to be one of the most vital players on the 2022-23 Kentucky Men’s Basketball team. In the final rankings for the 2022 class, Cason finished as the #7 player in the country on both On3 and Rivals, while also earning the #8 spot on 247 Sports. In his senior season, Wallace averaged 19.9 points per game, 7.4 rebounds per game, and 6.1 assists per game. He won the Gatorade Player of the Year Award for the state of Texas and was also a 2022 Mcdonald’s All-American, as well as a member of the Jordan Brand Classic.

Standing at 6’4’’ 180lbs, Wallace has the size and athleticism of an elite guard, which compliment his IQ and playmaking abilities on the court perfectly. Wallace is known as an elite 2-way player, meaning that he is known for his defense just as much as his offense. At the 2021 Nike EYBL Peach Jam, Wallace made a name for himself and stood out as one of (if not the) best perimeter defenders at the entire tournament. Cal’s best teams at Kentucky have always been defensive-minded. When you think of the best guards to play under Cal (Wall, Ulis, Fox, etc.), each of those guys have been absolute menaces on defense. Wallace will be just the same – his defensive abilities will ultimately help put him in the same conversation as those legendary Kentucky guards.

247 Sports Analyst Travis Branham had this to say about Wallace when asked about him as a player: “Cason is just a flat-out winner. He’s a dog. Big-time defender. One of those guys that just has a nose for the basketball, whether it be getting deflections or rebounding for his position. He just always has a way of being involved with the play.”

These words offer relief and encouragement to many Kentucky fans. After these past two seasons, there is only one goal – win. Win it all. Win number nine. Wallace’s drive and determination to win will be something Big Blue Nation will not only love but respect out of the incoming freshman.

Wallace’s skill set as a combo-guard will help him fit perfectly into this veteran-led Kentucky roster. If all predictions turn out to be true, Sahvir Wheeler will be running the point guard position for the Cats once again this year, with Wallace starting out off-ball. However, just like TyTy Washington did last season, Wallace will be able to slide into the PG spot and be the main man whenever need be. Wallace’s athleticism, play in transition, and ability to get to the rim should all mesh perfectly with Wheeler. Together, the two should be poetry in motion.

Wallace has big expectations to live up to this season coming in as the next great Kentucky guard. If he has the big year that everyone thinks he can, and helps lead this team to national prominence – and hopefully a ninth national title – he will certainly solidify himself as an elite NBA prospect. In the majority of 2023 NBA Mock Drafts, Wallace is a consensus Top 10 pick. The last Kentucky guard to be selected inside the Top 10 was De’Aaron Fox in 2017 – another athletic and defensive-minded player like Wallace.

A great deal of Kentucky’s success next season will be riding on Wallace. Is he up for the challenge? Coach Cal certainly believes so. The next legendary Kentucky guard will be wearing #22 in the blue and white next season. #Catsby90 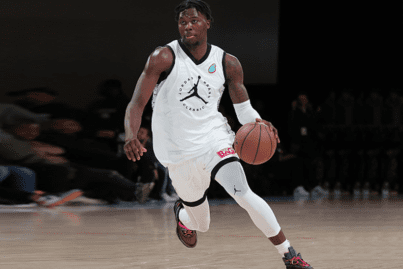 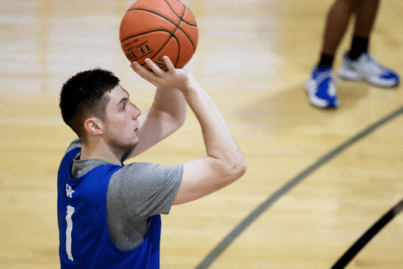 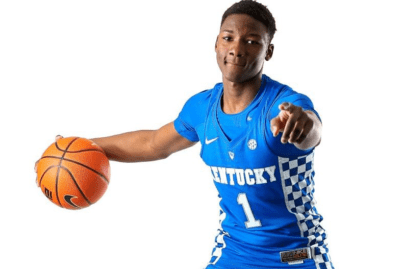